Avery Fisher Hall is a concert hall in New York with a capacity of 2,738 seats. Home to the New York Philharmonic you can experience a range of fantastic classical performance in a world class venue.

Click here for a listing of the upcoming concerts at Avery Fisher Hall.

Max Abramovitz designed the hall which opened in 1962 as Philharmonic Hall. Renamed in 1973 after Avery Fisher, one of the board of directors of the Philharmonic, who donated $10.5 million to the orchestra.

Although the interior was designed specifically for orchestral acoustics, Avery Fisher Hall is also used for other events such as ceremonies for high schools and universities, pop music concerts (past concerts include Simon & Garfunkel and Queen) and the world premiere of Steven Spielberg’s film War Horse was held here in 2011. 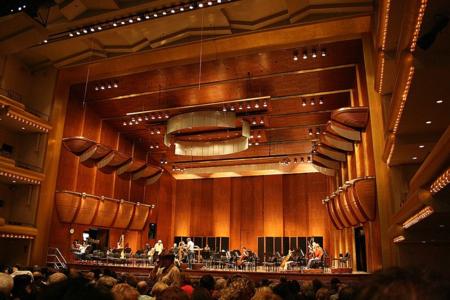