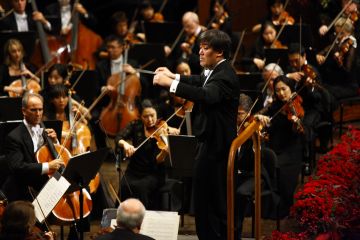 The New York Philharmonic are one of the “big five” American orchestras and was formed in 1842. Alan Gilbert is the Philharmonic’s current music director and is the conductor for this concert.

The program is as follows: