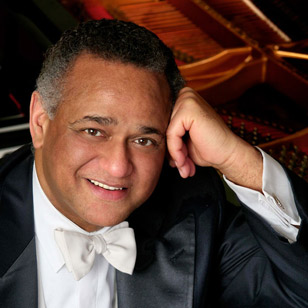 The American classical pianist André Watts has had a long and illustrious musical career, won a Grammy in 1964 Best New Classical Artist and is a professor at the Jacobs School of Music of Indiana University.

Conducted by Juraj Valcuha, the program is as follows:

The New York Philharmonic is the oldest extant symphonic institution in the US, formed in 1842.